Mark welcomes golfers of all abilities ~ from single figure handicap golfers to complete newcomers to the game ~ and his focus is to help you become the best golfer that you can be.

Complementing the external facilities is an indoors Swing Studio equipped with Foresight Sports technology. This technology has a unique ability to capture club head data such as; club head speed, club path, and impact location on the club face. Combining this data with the expertise of Mark and his team, players of all abilities are able to benefit in improvements to any aspect of their game.

You can book lessons through the link below: 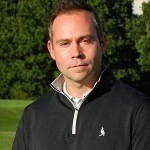 Mark turned Professional in 2000 after a successful amateur career in Scotland where he was Under 14 Boys’ Champion in 1995 and played for Scotland from 1998 – 2000. He has been Assistant Professional at Liphook and Royal Wimbledon and followed this with 3 years as Golf Operations’ Manager at Roehampton. Immediately prior to joining Denham, he was Head Professional at Ashford Golf Club, Kent. He was sponsored to play full time on the Euro Pro Tour and PGA South Region for a year in 2010 and c
Book a Lesson Book a Fitting 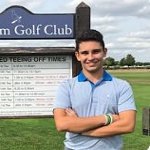 Patrick Hylton joined Denham Golf Club in July 2018. He moved from Italy and is very excited to start his professional career at Denham Golf Club. Patrick will be running all junior coaching and group coaching whilst he is doing his PGA training. His passion is playing and he will be competing in many professional events over the next few seasons.
Book a Lesson Book a Fitting

Whilst we investigate, please read our page on the email whitelisting and ensure you've added me to your Safe Senders list